, /PRNewswire/ -- A. (NYSE:AOS) today announced that has been named president and chief operating officer. 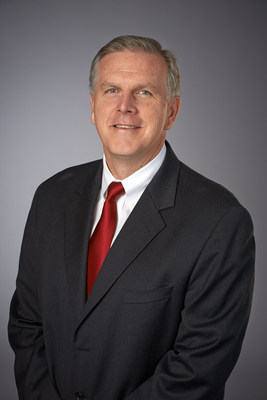 In his new role, Wheeler will be responsible for global water heater and boiler operations as well as its global water treatment business.  He also will oversee the company's research function including its in as well as the information technology function.  Wheeler will report to Chairman and Chief Executive Officer .

The company has 20 manufacturing plants and 10 product engineering facilities around the world and employs approximately 15,500 people.

Since 2013, Wheeler has served as senior vice president, president and general manager of , , and water heating, largest operating unit.

"With his extensive experience, in-depth knowledge of our businesses, and passionate interest in customer satisfaction, is the ideal person to take on this challenging new assignment," Rajendra said in making the announcement.  "Under his leadership, our North American water heater business has achieved record sales and profitability.

"Kevin also brings extensive international experience and has been instrumental in growing that part of our business, first as managing director of our European operations, then leading our business, and subsequently, the entry into the Indian market."

"I am confident he will continue to be a major contributor as pursues its strategy of becoming a leading global water technology company."

Wheeler brings 23 years of company experience to his new position.  He joined in 1994 as a regional sales manager for the former Water Products Company.  In 1999, he was named managing director of ., headquartered in Veldhoven, the Netherlands.  In that role, he was responsible for the company's water heater business in and the .

Wheeler returned to the in 2004 to serve as vice president-international with responsibility for all European and Asian operations.  During this time, the company expanded its business in and began evaluation of the Indian residential water heater market.

He has been active in a number of industry associations, most recently serving as an at-large director of the Air-conditioning, Heating, and (AHRI).

Wheeler is a graduate of the and the Advanced Management Program at .

About
, with headquarters in , is a global leader applying innovative technology and energy-efficient solutions to products manufactured and marketed worldwide.  The company is one of the world's leading manufacturers of residential and commercial water heating equipment and boilers, as well as a leading manufacturer of water treatment products. For more information, visit www.aosmith.com.

To view the original version on PR Newswire, visit:http://www.prnewswire.com/news-releases/a-o-smith-names-kevin-wheeler-president-chief-operating-officer-300460332.html